Nearly two-thirds of respondents report faster access to technology with the cloud.

Organizations with more than 500 employees are seeing tangible benefits from cloud computing, with 85 percent saying the cloud has lived up to industry hype and 23 percent declaring that cloud has exceeded their expectations, according to a global study of 1,000 senior IT decision-makers by Tata Communications.

Tata reported that 83 percent of enterprises are seeing benefits they did not expect. The most popular of these are increased productivity (69 percent), better access to data (65 percent), and reductions in costs (63 percent).

The findings also indicate that by 2024, off-premises storage will have overtaken on-premises alternatives. Enterprises are forecast to have 58 percent of their compute and data storage in the cloud in 10 years, compared with 28 percent currently.

"Some of the major challenges a business faces are getting their network to support a cloud platform. Whether that is a private cloud or public, either requires the network to be the “glue” that holds the cloud together," John Hayduk, chief technology officer of Tata Communications, told eWEEK. "So getting the network to have the necessary performance and uptime is critical to making the cloud platform work."

Hayduk noted another challenge is the location of data. Given that businesses can pick cloud platforms or application service providers from anywhere, knowing where a company’s data is stored, protected, and who has access to it requires special planning and attention.

When asked how much of their data would be stored in a private cloud by 2024, respondents predicted an average of 52 percent, suggesting the dominance of private cloud storage.

However, 94 percent of respondents say they would be more likely to adopt a hybrid cloud computing model if connections with the public cloud were more predictable.

Nearly two thirds (65 percent) of respondents said using the cloud had led to increased speed of access to technology.

In terms of streamlining business processes, 67 percent have experienced reduced delivery times to clients and partners, and 54 percent have seen the delivery time of new services to new markets or geographies reduced. 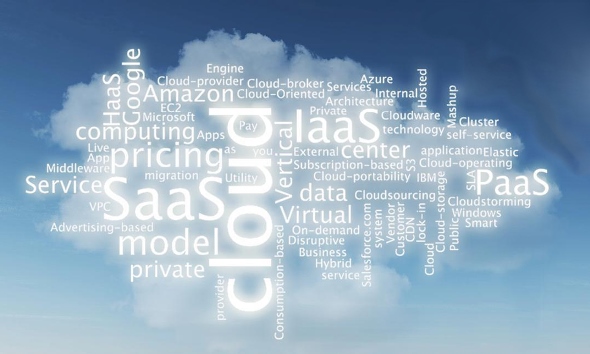 "Cloud technologies are really helping to drive more information technology standardization. So tasks like creating a server can be done virtually, and not require any real human intervention to connect or install a server," Hayduk said. "In the cloud application space, you simply have to create a commercial relationship to get access to the service and start using. Gone are the days of getting software, installing it, testing it, and then rolling it out to your user base."

He also noted that greater adoption of cloud technologies will create a larger market for application service providers. "Especially applications that will be created to fill niche problem areas since the cost and deployment of these cloud solutions can be done much quicker and with a much lower upfront investment," he said.