IoT Is Like an Orchestra Tuning Up: The Music Starts in 2016

IoT Is Like an Orchestra Tuning Up: The Music Starts in 2016

If the Internet of Things didn’t quite proliferate in 2014, at least IoT industry groups and standards bodies did.

At least five efforts at bringing order to IoT began in 2014, and another that launched in late 2013 found its legs this year. That caused some confusion in an industry that was vast and multifaceted already. Unfortunately, all those groups will probably be here a year from now, too—maybe even more of them. 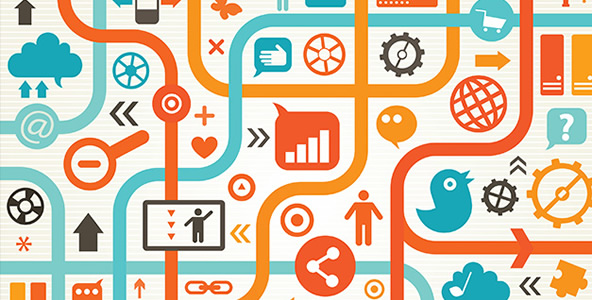 IoT involves linking devices that in many cases have never been connected before, or at least not on anything but a closed, specialized network. It also involves managing those objects and developing applications to make them do things together that they could never do alone. So products from different vendors eventually will have to speak the same language, at some level.

If they can’t, then products for connected homes, cities and factories won’t ship in the largest possible numbers, which they will need to do if prices are to plummet like they have for PCs, smartphones and other products over the years. That’s especially important for consumer IoT, where cost is paramount.

So vendors are eager to build some momentum behind technologies that are already starting to roll out. They don’t want to wait for formal standards bodies to build the equivalent of the IEEE 802.11 family of specifications that powers the vast Wi-Fi industry, said analyst Patrick Moorhead of Moor Insights & Strategy. Until formal IoT standards are finished, probably in 2017, companies are banding together to form de facto standards, he said.

Not all the organizations that have formed in the past year are actually writing specifications of their own. Some want to foster harmony among the ones that are already taking shape. But despite pledges all around of working for the good of the industry, there are some groups whose efforts overlap. 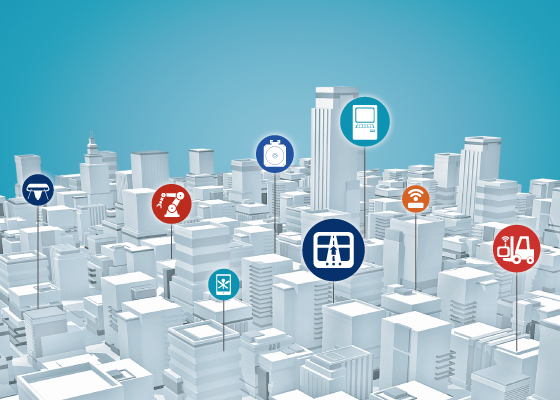 Here, in no particular order, are some of the big names at play:

- AllSeen Alliance: This group got a head start on the year, launching in December 2013 with Qualcomm, Cisco Systems, Panasonic and other consumer electronics vendors as charter members. It has since quadrupled to 100 members. The group’s open-source software framework, AllJoyn, is based on a technology Qualcomm developed and then contributed to the alliance. AllSeen’s aim is to give home and business devices that use different operating systems and network protocols a way to find and coordinate with each other. There are already shipping products that use AllJoyn, and last month Microsoft announced it was building the framework into Windows 10.

- Open Interconnect Consortium: OIC launched in July, backed by vendors including Intel, Samsung Electronics, and Dell, and plans a series of specifications to help devices find each other and work together. The open-source standards will cover device discovery, communication, data exchange and other functions, according to Imad Sousou, an OIC board member and Intel executive. Hewlett-Packard and Lenovo recently joined, and membership is around 50. The group plans to release its first source code to developers by the end of this year. The OIC’s first specification should be done in early 2015, with certified products following by the end of that year.

- Thread Group: Founded by companies including ARM Holdings, Samsung, and Google’s thermostat-and-smoke-alarm acquisition, Nest Labs, Thread is promoting a mesh networking protocol for low-power devices around homes. Thread’s protocol works on a type of chip that’s already on the market, and it gives every device an IPv6 address. The technology doesn’t define anything other than networking, so it appears as if higher layer specifications like AllSeen and OIC could be used in Thread products, according to Thread Group president Chris Boross. Thread started in July and now has more than 50 members. It plans to start certifying products in the first half of 2015.

- Industrial Internet Consortium: General Electric, Cisco Systems, IBM, Intel and AT&T announced the IIC in March with a focus, not surprisingly, on enterprise IoT. The group says it won’t set standards but instead will work with standards bodies to help make sure technologies work together across business sectors. It wants to foster coordination among industries where IoT and older M2M (machine-to-machine) technologies have been developed in relative isolation. That will involve defining requirements for standards, designing reference architectures and creating testbeds. It has grown to more than 100 members, including Microsoft, Samsung and Huawei Technologies.

- IEEE P2413: The Institute of Electrical and Electronics Engineers is part of the old guard of standards bodies, the kinds of groups that vendors talk about when they say official standards are taking too long. They say that even though the working groups at places like the IEEE are made up largely of engineers from those same vendors—though voting as individuals. Undaunted, the IEEE has formed a working group to bring some order to the array of IoT specifications being developed by industry consortia. Among other things, it plans to turn the information from different IoT platforms into commonly understood data objects. The group held its first meeting in July, with 23 vendors and organizations involved, and hopes to finish its work on the future standard by 2016. There’s already a first version of a draft standard, which will probably remain in development for about a year before it’s ready to face the world, said Working Group Chair Oleg Logvinov, who is also director of special assignments at STMicroelectronics. Meanwhile the group is establishing relationships with many other IoT organizations, he said. 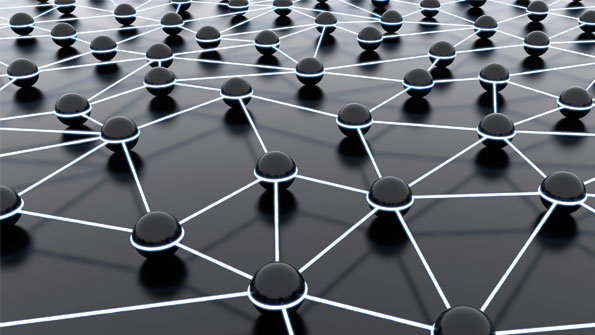 The fresh faces of 2014 joined other bodies that were already active, including oneM2M, which is developing a common service layer for M2M systems, and the International Society for Automation’s ISA100 Committee, dedicated to standardizing wireless systems for automation and control.

That doesn’t mean there are half a dozen distinct approaches to IoT all warring with each other. Some organizations, such as AllSeen and OIC or IIC and oneM2M, may be creating competing solutions to the same problem. But what some groups are building may complement other standards.

Yet the cacophony of voices calling for order in IoT probably won’t become a harmonious chorus next year. The efforts vendors are making now are just the first stage of a long process, said analyst James Brehm, founder of James Brehm & Associates.

“We need to have the dialogs, but we’re really early on,” Brehm said. Even vendors within the same group in some cases are pushing conflicting strategies, and a year from now, there may be even more organizations competing to define how IoT gets done, Brehm said.

Though a lot of this maneuvering may happen behind the scenes, it does affect users. The alphabet soup of industry groups makes buyers—especially consumers—nervous about getting stranded, Moorhead at Moor Insights & Strategy said.

“They don’t want to buy the next Betamax,” he said. “For sure, it’s holding back the growth of the industry.” 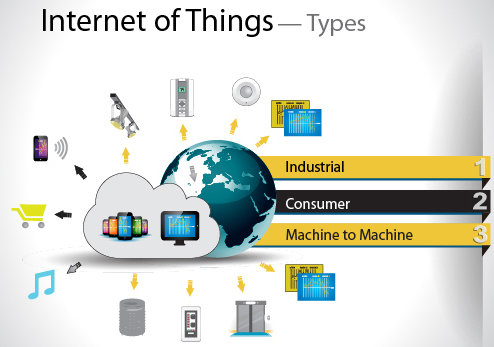 The conflicts don’t weigh on enterprise IoT as much. There are already 30-year-old interfaces there that need translation, and investments in custom adaptation work can pay off in industrial settings, Moorhead said. Still, the hope is that standardization across industries eventually lowers costs and yields new and useful combinations of data.

“This market, especially, is one of heavy fragmentation, and of innovation, which essentially throws a wrench in the works of a single interface among devices,” Castonguay said. But like others, he expects to see consolidation among the various efforts.

Here’s one way that might work: Two groups decide they could reach a broader market if their products worked with both specifications instead of one, so they agree to make their technologies talk to each other, Moorhead said. Then they develop the next major release as one. As the dust clears through this kind of consolidation, formal industry-wide standards may take shape in 2017, he said. 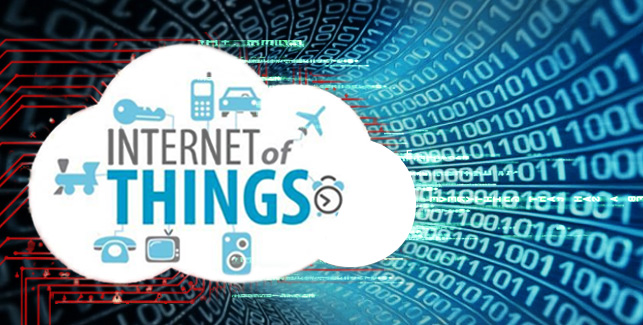 If you want to know which specification has staying power, the size and momentum of the group behind it might be good indicators, analysts say. But IoT’s future, at least for consumers, may instead be determined by just one player with a big market share and a good idea.

The compromises required in industry groups of many competing vendors can lead to solutions that are less than ideal, and less than ideally easy to use, analyst Brehm said. “Survival of the fittest is sometimes what works best. ... Let people vote with their wallets.”

An example from a different type of tech ecosystem is close at hand.

“How many people did Apple work with to make things interoperable to make the iPhone or the iPad a success?” Brehm said. “Fantastic success. No consortium necessary.”