Technology revolutions tend to come in waves. Personal computers. The Internet. Search engines. When pathbreaking new ideas first arrive, they set the tech world afire, but mostly bore and confuse everybody else, who go on with their lives much as before, mostly oblivious to the change around them. 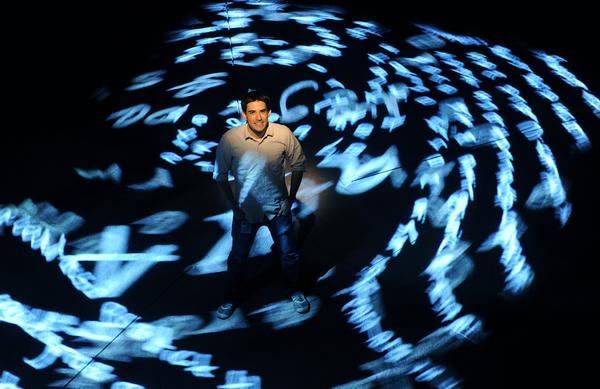 Gartner calls this the Hype Cycle. There is an initial technology trigger that leads to inflated expectations, then disillusionment as high-flying startups fail and initiatives sputter. Eventually the technology gets back on course and real productivity is unleashed.

While we’ve been hearing about the cloud for a while now, it’s mostly been for tech geeks and big corporations. Over the next year, however, the cloud will burst into an avalanche of products and services that will be incredibly cheap and easy to use. That will make 2015 the year that some incredibly advanced technologies start making a real impact on the rest of us.

When I first started my career in the early 90’s, I worked for a large corporation with a top notch computer system. Sure, we had some PC’s in the office for writing letters and such, but the real work was done in a computer room somewhere deep in the organization (I always imagined it being in the basement).

That’s where our industry leading analytics platform resided. It housed a large amount of data that it could chew through in seconds and spit out on a noisy printer. For bigger tasks, a guy from the computer room (usually very pale, which is one reason I figured he worked in the basement) would have to bring it up to us, which would take a few hours. 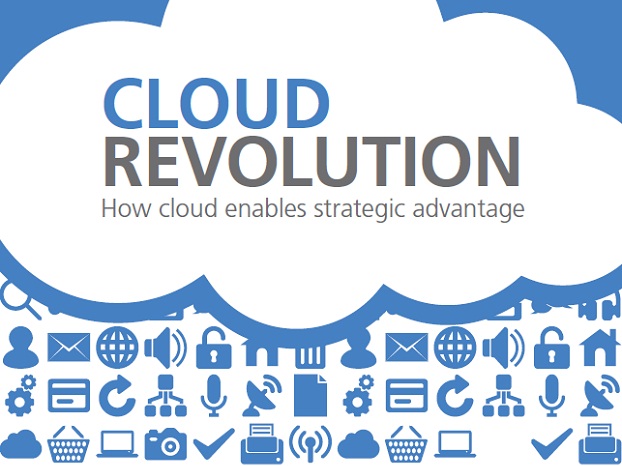 The system seems strange now, but computers were very different back then. Our monitors looked like computers, but they really weren’t. In reality, they were just a way of accessing far more computing power than would fit on our desks. The PC’s we had were much more fun and user friendly, but couldn’t hold or analyze enough data to be very useful.

So it’s ironic, now that our mobile phones are more powerful than entire corporate systems back then, that we are moving toward the same type of system. Except today, instead of a basement, we have server farms that can be accessed by anyone, anywhere through services like Amazon Web Services, Rackspace and Microsoft Azure.

It is that easy—and increasingly ubiquitous—access to incredibly vast computing resources that will transform our everyday lives and very well might make the cloud the most disruptive technology ever. It’s not only bigger, but will also be far more pervasive than anything we’ve seen before.

In the era of mainframes, large enterprises had a distinct advantage. Sophisticated computer systems were enormously expensive to purchase and maintain. Software required complicated on-site installs that took months to complete and qualified engineers to manage. Any firm that couldn’t afford extensive computer infrastructure was at a distinct disadvantage.

Yet in the cloud based world, things work differently. Firstly, access is simple, all you need is an internet connection to set up just about anything. Secondly, most cloud platforms work as open ecosystems, allowing a full range of applications to work together. That makes customization simple, rarely requiring more than a call or two to a service center.

For example, a small business that wants a digital marketing solution from Marketo only has to go to the website and sign up. If needed, a company service representative can help guide them through initial set up. From there, they can access online tutorials and talk to other users through Marketo’s online community to bone up on the latest practices.

Marketo’s platform is also able to scale up to just about anything a major marketer would do, from email and social campaigns to landing page and content optimization, all the way up to complex predictive analytics. In a nutshell, today the capabilities that a small business can access are identical what Marketo offers clients like General Electric, Intel and Chrysler.

And it’s not just marketing. Xero has built a similar platform for accounting as has Tidemark for ERP software. Today, the gap in access to sophisticated technology resources between large and small enterprises has all but disappeared.

A New Era Of Cognitive Collaboration

Technology has not only become more democratic, it’s also become immensely more powerful. Computers today are roughly 10,000 times more powerful than they were when I started my career in the 90’s. At that scale of change, a difference in degree becomes a difference in kind. 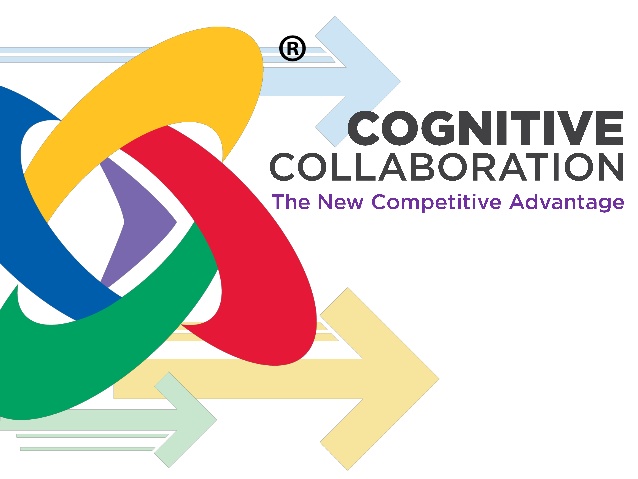 Consider IBM’s Watson. In 2011, it beat the best human players at the game show Jeopardy!, a task that requires interpretation as much as it does data processing. Two years later, it began collaborating with some of the world’s top scientists at MD Anderson to help cure cancer.

Yet now, IBM’s new Watson Analytics initiative is using the system’s capacity to understand and interpret millions of documents—as well as the ability to take questions in a natural language rather than tech-speak—to tackle far more pedestrian tasks, such as helping you manage your business.


The result is a mix of the futuristic and the mundane. Much like Captain Kirk on the Starship Enterprise, you will have your own computerized personal assistant that can access massive amounts of data. Its predictive analytics to help you figure out if that crazy idea you have is a brilliant stroke or a pipe dream, or simply help you organize work schedules more effectively.

Another salient point is that IBM intends to market Watson Analytics using a freemium model, meaning that anyone—no matter how big or how small—can begin using the service with zero startup costs and only pay once they start using it extensively.

Think about that for a second. Here is one of the most powerful systems ever developed and it went from the research lab, to a set of pilot projects and now to the mass market in just four years!

Another emerging space over the past few years has been smart homes—intelligent appliances hooked up to the Internet of Things through the cloud that will automate our homes. These devices promise marvels of efficiency and convenience. 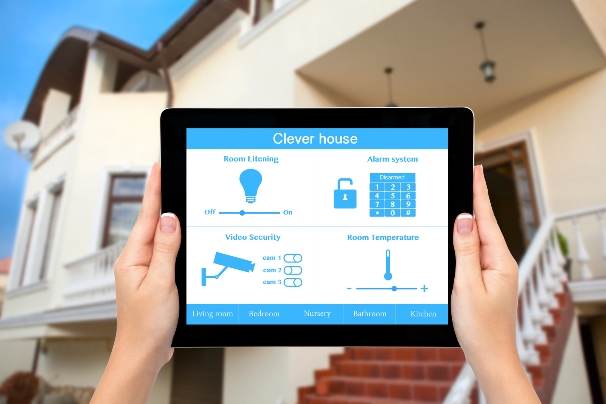 Take the Nest thermostat, which Google recently acquired for $3.2 billion. The product has won raves from critics and consumers alike. It allows you to control, automate and monitor your home’s climate from your mobile phone. So you can program the system to save energy while you’re away at work or turn on the heat on the way home from the airport.

The system is also hooked up to the cloud, so that it can communicate with your energy company and optimize your bill. In fact, Nest expects to soon be earning more money from data partnerships than it does from selling hardware. Once again, smart but inexpensive devices link to massive data analytics in the cloud.

However, the nascent smart homes movement has had a glitch. A hodgepodge of standards and technical specifications has made true home automation out of reach for just about everyone except for committed hobbyists. Most people, after all, just want the heat to turn on, the doors to lock and the lights to work.

Yet this too is beginning to change. A new company called Wink offers a smart home hub for about $300 that can integrate dozens of devices—including climate control, door locks and lighting—coming from startups as well as more traditional manufacturers like GE and Phillips. A recent report expects two thirds of Americans to own a smart appliance in 5 years.

The 20th century was dominated by ownership. You worked hard to earn money so that your family could procure things that would improve their lifestyle, such as a washing machine, a car and higher education. Many aspects of your life and status were tied up with what you legally possessed. 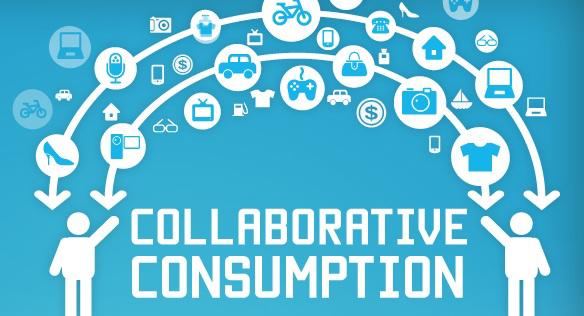 Yet now our lives are increasingly defined by access, rather than outright ownership. We’ve already seen the rise of collaborative consumption. People who live in urban areas don’t need to own an automobile—or a parking space for that matter—if Zipcar suits their needs. Those who would like to take a course at Princeton or Stanford need only to sign up at Coursera. Need a Gucci purse for a special event? Rent one from Bag, Borrow or Steal.

In a sense, 2015 will be an extension of this trend, but instead of smart devices and services for hipsters, we’re going to see incredible computational and analytical capabilities applied to the mainstream and the mundane. Major corporations, like IBM, GE and Phillips are investing serious money to see that happen.

So while there are some nascent trends, such as the future of money, virtual reality, wearable tech and even a quantum Internet, to excite the tech geeks, the most important thing to watch for over the next year is a technology revolution for the rest of us. That might not seem as exciting, but it will help us get a lot more done.

Autor: Greg Satell is a US based business consultant. You can find his blog at DigitalTonto.com and follow him on Twitter @DigitalTonto